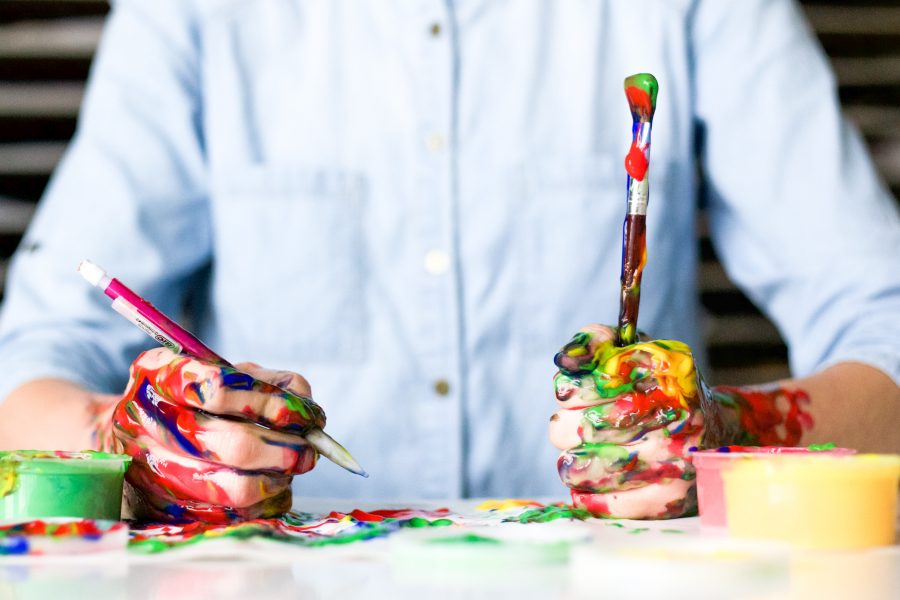 What the heck is a Feelgood Manager and how will it impact my Architecture routine?

The idea of a “Feelgood Manager” is a thought-provoking impulse to uplift your company culture, your project team or any group of people who are aiming to thrive and perform on a high level.

Office morale as a critical factor

There is one thing every creative firm has potentially in common… Various projects, each with an inherent complexity, tons of work that needs to be done and short deadlines to handle. Especially when the workload rises above average, one important and critical factor is the overall office morale.

The vibe of a team can essentially be shaped by someone in the office who keeps the mood up and the fellow’s attitude on a positive level. Laughing together, escaping the pressure of getting work done for a moment can really do the trick when there isn’t really much to talk about other than work. Some people have a natural talent for telling funny stories and being hilarious in their natural behavior. It is a precious character trait to be able to leave people with a smile on their faces.

Many people might underestimate that given talent of an employee, a co-worker, a fellow student or maybe even of yourself. But being a positive, energized human being can have strong and real benefits on the overall mood of a team. Sharing a good feeling and a positive energy contributes significantly to an enjoyable and productive working environment.

Happy people perform better at anything!

Shawn Achor is one of the worlds leading experts on human potential and the author of the book “The Happiness Advantage” which is based on research from his work with thousands of Fortune 500 executives worldwide and on his work at Harvard University. In his book he carves out 7 principles that fuel success and performance at work!

His research showed, “that happiness leads to success, in nearly every domain of our life. Fun and happiness boost creativity and productivity, and a lot more.” With that in mind, he says, we can change the way we work, interact with colleagues and lead-out teams to give our own career and the whole organization the competitive edge.

It is basically the idea, that if you can raise somebodies level of positivity in the present than their brains experience a happiness advantage, which boosts his or her performance and the overall outcome.

Having such a positively energized person in your team can be especially a great advantage for strengthening the social bond among a group.

It is a well-known situation in offices around the world that people are stuck behind their computer screens, typing strained onto their keyboards with a deadline sitting behind them. While feeling an absence of joy and energy.

The magic happens at the moment when someone stops by with a smile, providing some funny anecdote of the last week or the past weekend, sharing a few laughs and a short conversation. That can make a huge difference in the way people approach their work and how they evaluate their workplace. Hence productivity and creativity are highly affected! 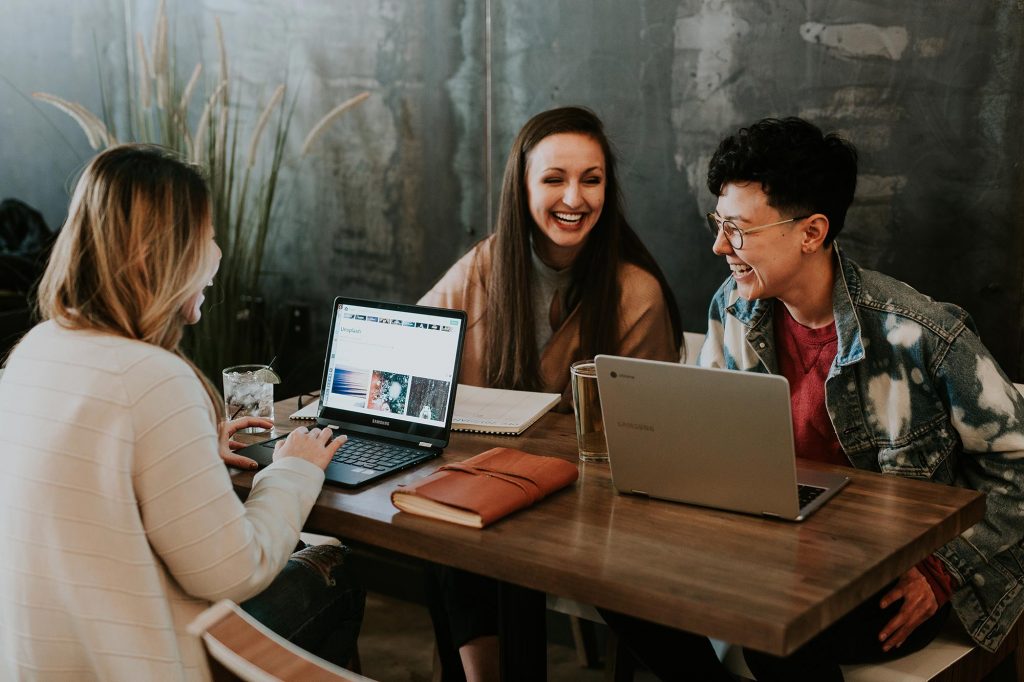 Have you ever worked in an office where everyone was just busy working with almost no social interaction? Where people leave alone for lunch and aren’t very enthusiastic about their work? Or have you ever been thrown into a team with that one person, who is always in a bad mood? Who is taking everyone down with him and crashing the positive attitude and the productive outcome of the whole team?

The key idea of a „Feelgood Manager“ is to create an atmosphere wherein people can thrive to their full potential!

Otherwise, have you ever experienced how easily work gets done while being in a positive state of mind? That little boost of energy that kicks in when you are working together for the same cause in a trustful and supportive environment? Even being creative is by far easier when you have a good time, rather than being stressed and frustrated.

An unhealthy company culture and office morale harms the outcome of a company significantly and almost dramatically. On the other side, a positive and supportive company culture is one of the major assets to create a thriving company with flourishing talent and a competitive edge.

Businesses oftentimes neglect the culture, because it seems to be hard to measure and appears to have no obvious return on investment. However, one point of reference and an indication of the power of culture can be the following chart, according to which the companies where people really like to work, outperform the general market.

The research shows, that it all adds up to cumulative success that is two times better than the market average.

It pays to start rethinking the value of employees, human potential and company culture.

To quote fortune.com from a recent article on how the best companies to work for are beating the market: “We often hear that nice guys finish last, or at least that it takes a degree of ruthlessness […]. But a new analysis of the data shows that it might actually be the nice bosses who propel their companies to the greatest heights.”

Making someone else feel good

If we take a look to the big tech companies in silicon valley, we see that they hire people full time to be a “Feelgood Manager”. Their job is to actively take care of the company culture, to share a good feeling and to pass that mood to the rest of the team.

The intent is to get everyone fired up with a good spirit and a positive attitude towards the daily work.

I understand that architecture firms might find it impossible to follow that idea of hiring someone solely to be that person. But, it is worth to understand and consider that this is a valuable trait of personality for every environment where people are meant to succeed and collaborate. 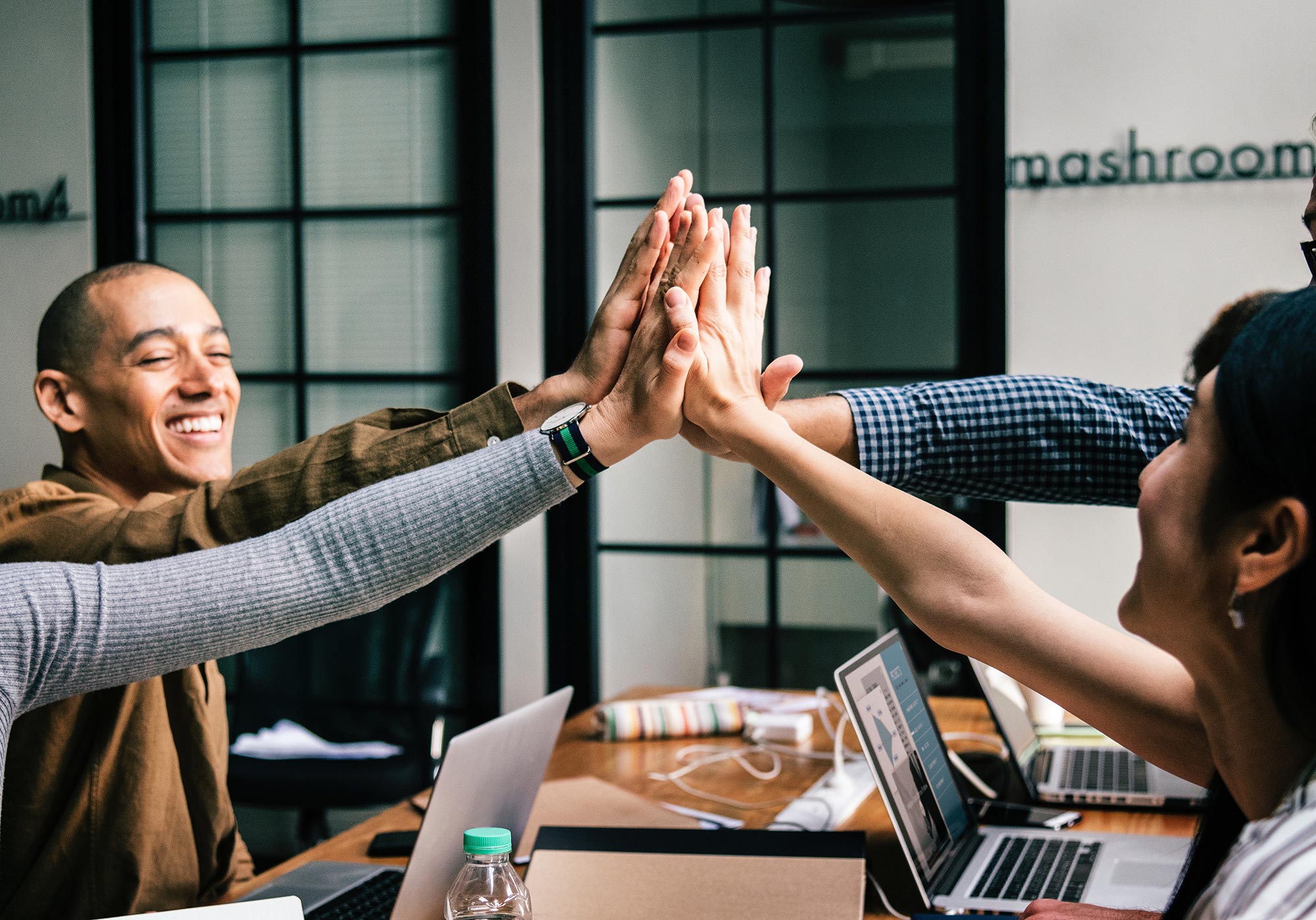 We are all social animals

…and we need that kind of human interaction. Besides, working in a creative industry often times means to spend most waking hours (sometimes even the nights) in the office. In that sense, a positive atmosphere makes the difference of whether people thrive or die.

I highly encourage you to be that “Feelgood Manager” by yourself.

I highly encourage you to be that “Feelgood Manager” by yourself. No matter if you are a member of a group, an employee in a project team, or the person who’s in charge of the firm, either way, you can provide a lot of value for your team by being someone who makes someone else feel good.

It is that easy and in addition, making someone else feel good, will give you a great feeling in return. Start today and lead the path to a trustful and productive culture where teams can thrive to their full potential.

That was the first article from the “5 Minute Thought” category and hopefully, you could find some value in the idea of becoming a Feelgood Manager. I‘d be happy to hear your thoughts on that topic. Leave a comment or Say Hello!

Since you made it all the way down to the end, you might want to join “The Monthly Archiitect” to stay in touch on how to work smarter.